Trevoh Tom Chalobah is a professional young soccer player who plays for Chelsea in the English Premier League (EPL) as center-back spot holder and has already captained u16 to the u20 national team of England. This 6ft tall guy has already made a significant impact in the premier league with his extraordinary performances.

In the year 2007, an eight years kid came to join Chelsea’s kid’s club academy who is later known as Chalobah. After years of hard work, dedication, and exams, he finally got his dream to appear in the senior team s Squad in the year 2021, and his amazing defending helped lift the 2021 UEFA Super cup trophy. This guy is the lucky charm for any team he plays. He also helped England to win the 2017 UEFA cup. 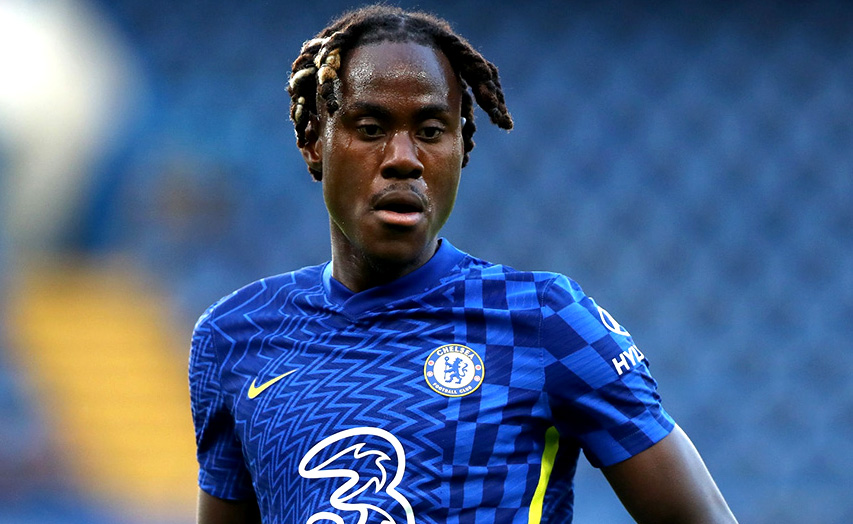 According to reports, he completed his education at Bishop Thomas Grant School. The initial life was not easy for Chalobah and his brother. They grew up in Gipsy Hill. His brother named, Nathaniel Chalobah, plays for another EPL club, Watford FC, and is also a professional footballer. According to reports, their mother passed away a few years back. His father is only the parent who still supports his sons s in the stadium. Other information about his personal life has not been revealed yet.

Chelsea was the club that introduced him to the footballing world. He joined Chelsea kid s academy when he was just eight years old. Chelsea s junior kid’s academy ultimately defined the training, skill, and ability.

In his short football career, he played for many clubs on loan. He joined Ipswitch Town on loan for one league in 2018. The 6ft tall Trevoh appeared in the professional game against Blackburn for the first time, ending as a 2-2. The opening goal for his professional career football game against Aston Villa equalized the game and ended as a 1-1 draw.

This goal was the arrival of one of the finest players to be built. His goal tends to be the decider in most of the games. Although he previously played as Centre back, the Ipswitch manager utilized him as a midfielder for the whole season. Trevoh played all the 44 games of the 2018-19 season and scored two game-changing goals.

Huddersfield loaned Trevoh Chalobah from Chelsea for a season. After getting into this new team, he got his first-ever match fixture five days later against Lincoln City, which ended as a 1-0 loss in the first phase of the EFL Cup.

Trevor touched the net for Huddersfield against Cardiff on the 21st of August, which proved to be the decider for equalizing the match. For this club, he appeared for 38 regular games and scored an equalizing goal.

Trevoh Chalobah again signed Chelsea for three years but fortunately was loaned to Lorient for a season. Trevoh makes a separate impact with lots of impressions wherever he goes. Finally, he debuted on the 13th of September in the game against RC Lens and ended on the losing side of 3-2. The tall guy scored his first goal for this team on the 27th of January against Dijon. In a tenure of a season, he appeared in 30 matches and scored two goals.

Although Chelsea previously signed him in 2016, he never appeared in the senior team. Various clubs loaned him. But finally, the time came when his dream came to reality against Villarreal in the 2021 UEFA Super Cup, where is scored a magical penalty goal to get victory in the match.

A saying,” Whenever God gives you, he will provide you with everything from every possibility,” proved to be true for Trevoh. He debuted his Premier League against Crystal Palace, where the genius boy showed why he deserves a place in the team by scoring a goal in a 3-0 win match. After such an impressive performance on the ongoing season, he signed till 2026 to stay in Chelsea.

Trevoh Chalobah was an exceptional player from the junior level in Chelsea. As he got England Citizenship, he got a license to appear in the National team of England. Getting selected in England s National team was a proud movement for his dad.

Trevoh surprisingly was chosen as a captain for the national side of U16, U18, U19, and U20 National Football, Team. In his captaincy of the U17 National team, England lost against Spain in Quarterfinal 2016 UEFA U17 Championship. The national team selector also called him for U19 Squad, where they lifted the trophy in his contribution.

He played an essential role in lifting FA CUP:2017-18 and 2021 UEFA Super Cup for his team. The kind of fitness Trevoh posses is exceptional. Observing the game summary of his career, he has played 140 games, moreover with eight hard time goals in his professional football career. In his career, he suffered from several hamstring problems.

Trevoh Chalobah gained a lot of public attention in the recent lockdown. Millions praise his excellent defending tactics. Especially on Instagram, his followers are increasing day by day. The skill he had shown is being viral. He has Trevoh Chalobah (@yungchalobah) as his official Instagram account.

The 22 years old English defender currently earns £624,000 and has a market value of £2.8 m as of 2021. His earning sources are football contracts, brand inducement, sponsorship, and many others. The total combined net worth of both brothers, the actual net worth, is approximately £3.5 m.